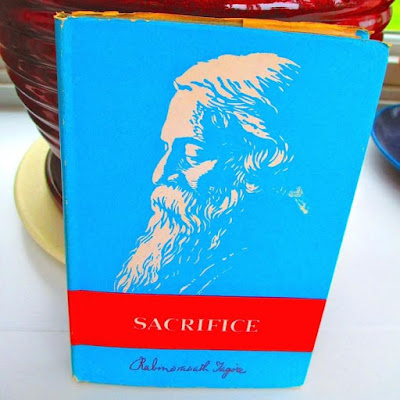 The first Asian author awarded the Nobel Prize for Literature, Indian philosopher Rabindranath Tagore (1861-1941) wrote in a wide range of literary genres - poetry, drama, fiction and non-fiction.
This collection of four plays features Sacrifice, a philosophical work exploring conflict in ancient times "when human sacrifice is claimed by the Goddess of War." 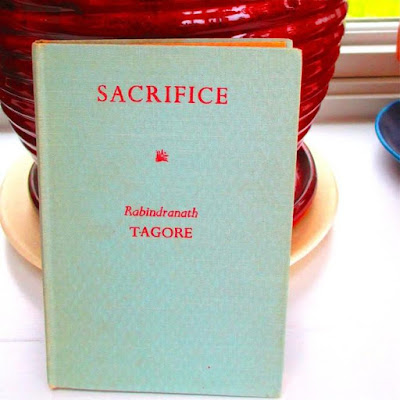 All four works in this anthology - Sacrifice, Sanyasi the Ascetic, Malini, The King and the Queen - present examples of Tagore's apparently simplistic style of writing while also showing his deeply rooted insight into the universal human condition.
This hardcover book, published in 1963, is available in the Prospero's Bookshelf Collection at ProsperoLane.com.
To see it, please click either of the above photos. Thank you.
©2020 Prosperos Bookshelf.
Posted by Mollie Ann and Joe Meserve at 9:15 AM No comments:

Well now, what with this, that and the other, it's been quite awhile since I've been here, and it's high time I had my say about something. 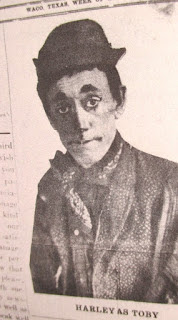 
Trouping through Texas Harley Sadler and His Tent Show, written by Clifford Ashby and Suzanne DePauw May and published by Bowling Green University Popular Press in 1982, this entertaining and well written book tells the story of the early 20th century native Texan "hero" entertainer. 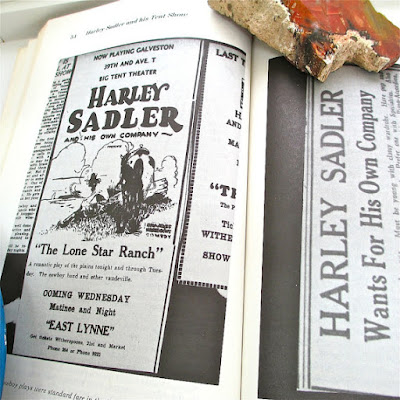 At a time in the American Southwest when there was little tolerance between the pulpit and the stage, Sadler became the exception - to the extent that rural preachers called him "as near a certifiable saint as ever emerged from the Baptist Church." And when "Old Harley" came to town, they were known reschedule their regular Wednesday night services to avoid competing with his performances.

This delightful paperback is 187 pages long, measures 9" x 6 inches and is in very good vintage condition. It is well illustrated with black and white photographs, including this shot of the company for Siege of the Alamo. 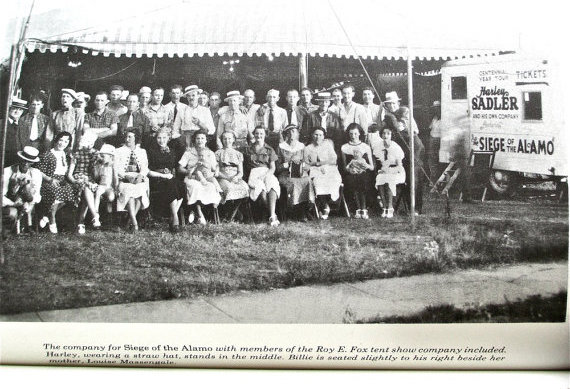 Prospero's Bookshelf ©2020
Posted by Mollie Ann and Joe Meserve at 9:27 PM No comments:

Mollie Ann and Joe Meserve
Welcome to Prospero Lane! We are Joe and Mollie, a husband and wife team living and working on the coast of Down East Maine. Through the online Shops and Galleries on our website, we sell books, jewelry, home decor, antiques and vintage treasures, Christmas ornaments and craft supplies. Please come by and browse, ask questions, or simply sit down and chat with us.